A downloadable game for Windows

In the past, the Viridian continent was united for the most part under the aequan banner, but the decline of the empire led to the emergence of many states. The continent has been plunged into civil war pending the emergence of a powerful state capable of reunifying it in its entirety. You play as Kalyos, a small kingdom located in the center, which has a small army but has many means and many opportunities to conquer new territories. Your mission is simple, assert your authority, claim the title of emperor and restore order.

This a small prototype I made to test some game design ideas. Inspired by Sengoku Rance, this is a turn-based strategy/tactic game with a focus to try to not scenarize the experience (the AI won't wait kindly to attack you, so you need to gain power but carefully and quickly). I don't have really any plans to commercialize it, so feel free to test and give me feedbacks!

You shouldn't be too lost, the game is very close to its free for all mode. However, there are several major differences. Battles up to 8v8. There are no longer any action limits per faction, instead this is managed directly by the commanders. There is no limit to the cost of maintaining commanders (and your maximum limit is 27). Each commander can have up to 4 attacks and 4 skills. Except for starred commanders (leaders), all commanders, including yours, can be killed or captured.  Manpower is a variable that represents your ability to raise fresh troops and regenerates slowly. You can appoint officers who will lose one banner per turn to give you bonuses. Commanders that are generated can be very good. You can recruit up to 3 time per turn (from prison and/or generation). The diplomacy is dynamic and you should use it to some extent and don't expect any help from a scenario. After the conquest of the majority of the provinces, you will be designated emperor, and you will then be seen as a threat to all other factions. You should focus on take down ennemies capital.

I hope you learn easily because the tutorial is incomplete. This game is first and foremost a prototype. However, you can look at guides on Sengoku Rance if you are completely lost.

A game by Matthieu Riboulot

Other credits in the file named "Credits". 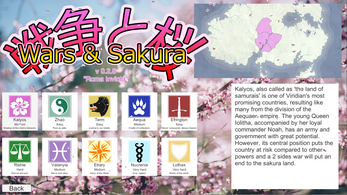 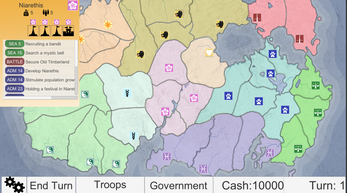 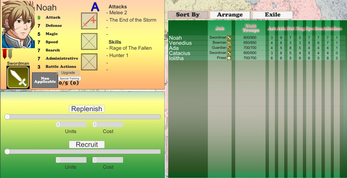 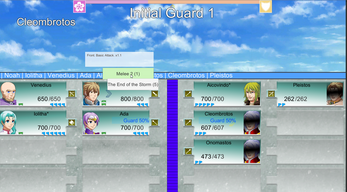